This is Susaki Tourism Fishing Center from Japan.

How are you doing recently?  Hope you guys are having a wonderful fishing life.

On last weekend, I have been experiencing unique fishing style. That is what the title said.

Preparing five bamboo rods and set in different angles respectively on a boat.

On each rod, there is a wooden plate and hook tied with fish skin.

Boat moves at slow speed and drags these five bamboo rods just like a photo below. 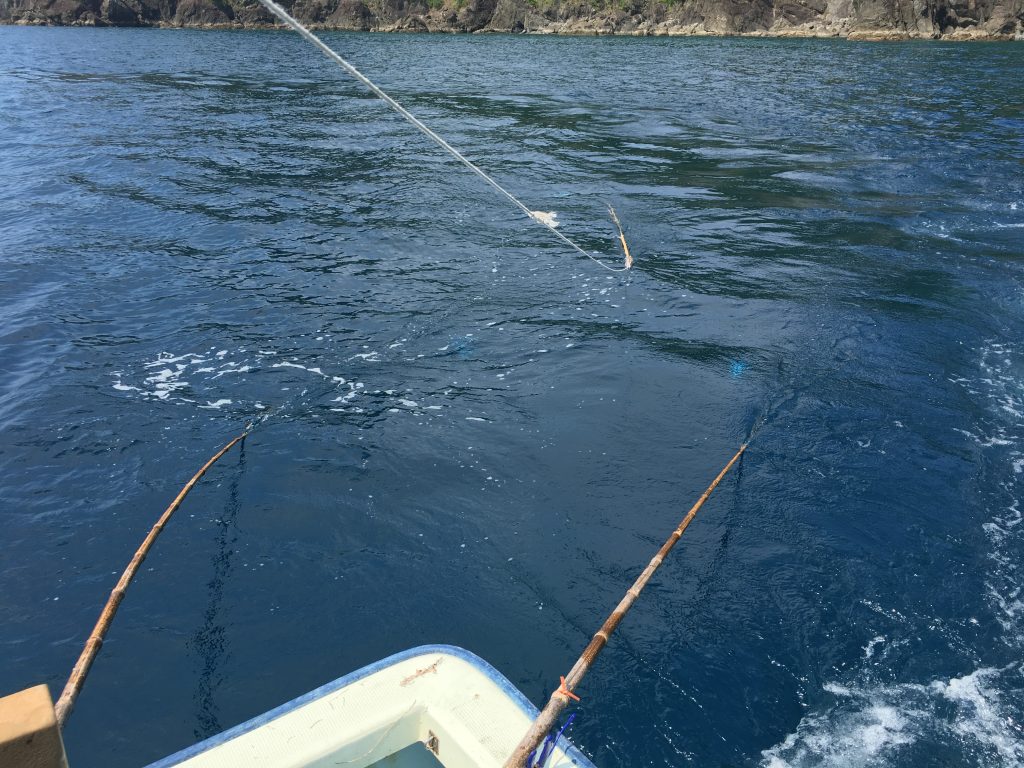 Two light blue spots are the wood plates attaching on each rod and waving in the water by receiving the flow of a moving boat.

These wood plates swim 1m under the surface and are waving to attract the fish.

On this method, receiving a bite signal is quite unique.

On float fishing, when fish  bites on a bait, float sinks. That is how the angler receives a fish bite.

On this method, when received a fish bite, the wood plate swimming 1m under the surface comes up to the surface.

Yes, that is opposite to normal float fishing.

Moreover, when you do float fishing, after float sank, you raised your fishing rod, you can feel the fish struggling.

On this method, after the wood plate came up to the surface, you raised the rod and there is NO fish-struggling vibration.

Once the angler finds a group of fish, angler moves a boat circulating around the fish group and keep catching fish constantly.

What fish?  There are two kinds of fish that the angler can catch with this method. 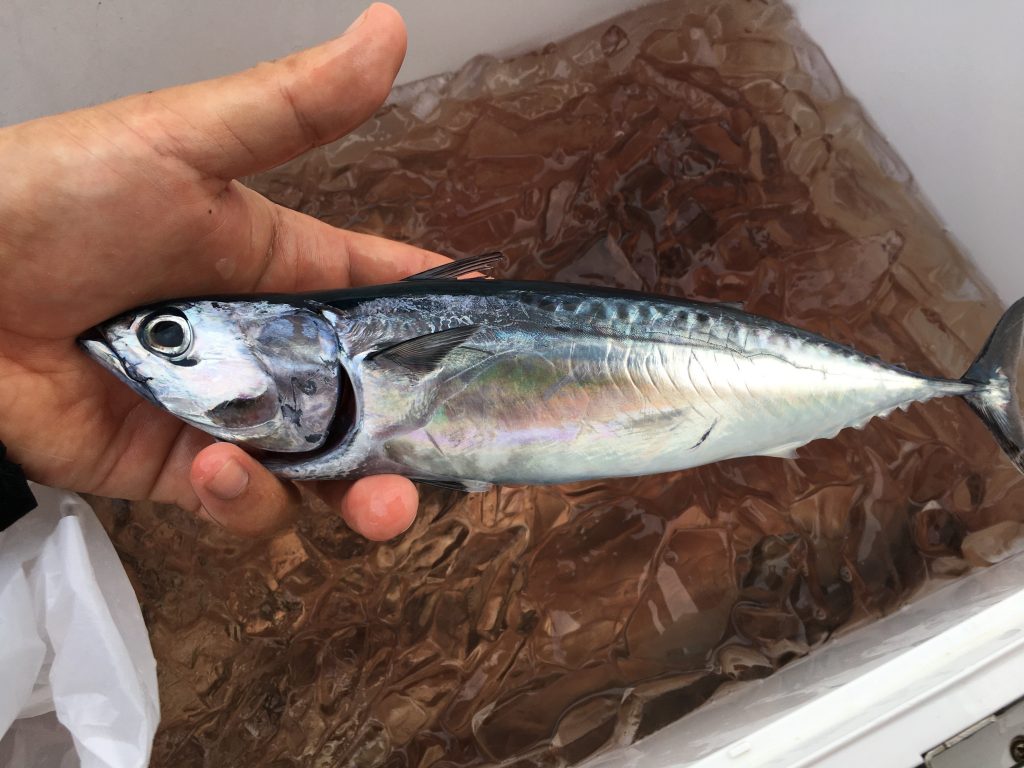 First one is the Bullet Tuna. There is the similar one called Frigate Tuna.  Difference between Bullet and Frigate is the wave  of line on body surface.

The line makes deep V shape on the body. That is the Bullet Tuna.

On the other hand,,, 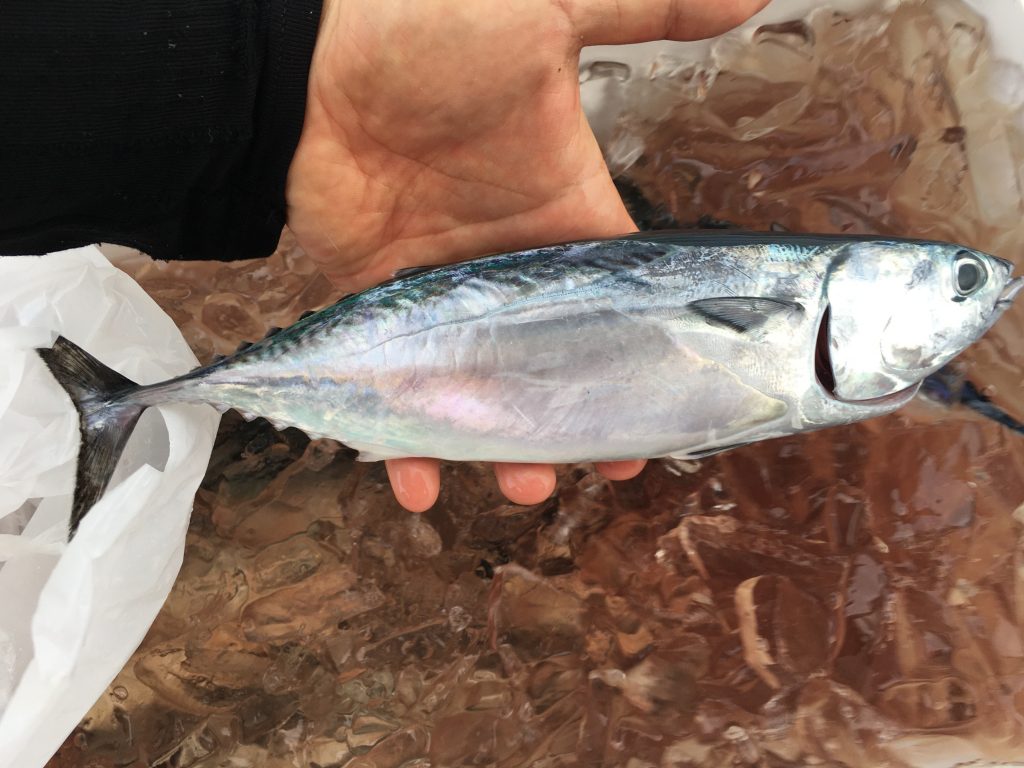 This is a Frigate Tuna. Distinctive difference from Bullet Tuna is Y-shaped line on surface, instead of deep V shape.

In general, people says that Bullet Tuna is better in taste but personally I prefer Frigate Tuna.

Susaki Tourism Fishing Center provides fishing style that is called "Tairaba" which is effective for Red Snappers and other kinds of snappers.

As well as lure fishing service, we also provide the service that carries anglers to offshore inlets for Smallscale Blackfish and Striped Beakfish.