How is it going?

Here in Susaki, though there is no official announcement from Japan Meteorological Agency yet, it seems like rainy season has finished,

by looking at the  weather forecast, rainy season has been over already.

Then, what people in Susaki chase is this fish. 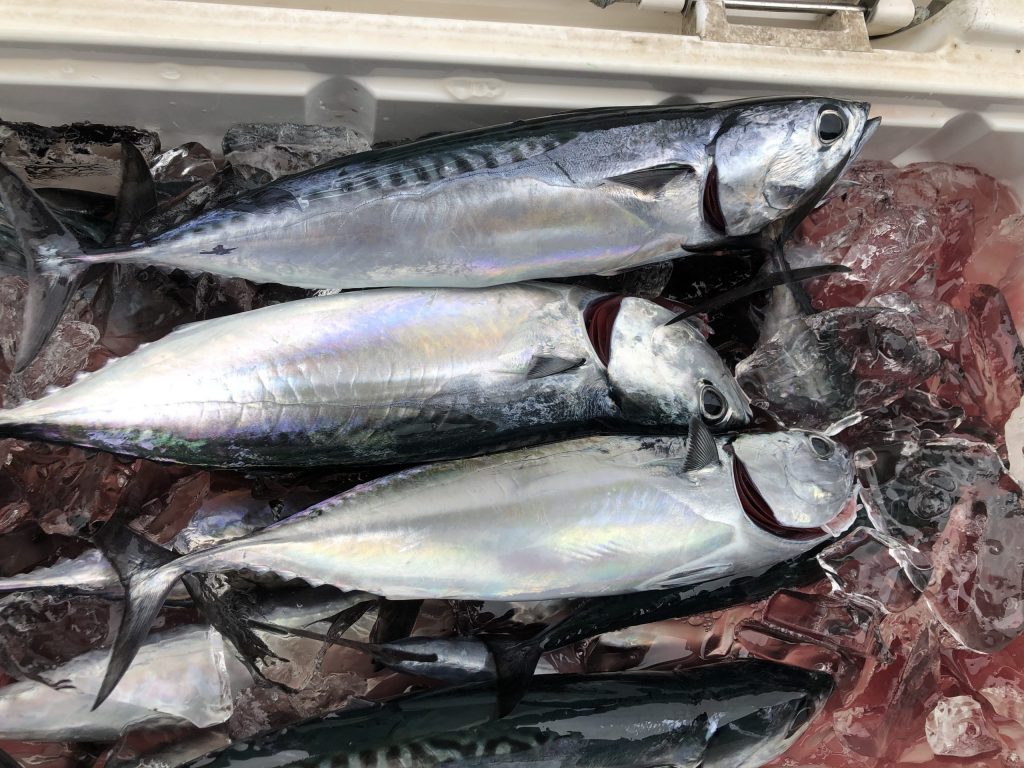 Large groups of these tunas swim around the coast of Susaki bay. These tunas are quite fast to lose their freshness. So, only anglers, fishermen, or people living near the port can eat fresh tunas.

The way to eat them is bit unique.  There is a kind of citrus called Busyukan only harvested in Kochi Prefecture. We squeeze it a lot and mix with bit of soy sauce.

And, dip fresh cut of tuna meat into and eat. This is considered as the taste of summer in Susaki.

There is even Tuna Festival held every year in Susaki though it has been canceled due to corona virus.

On July 26th,  several boats launched to get tuna and came back with these! 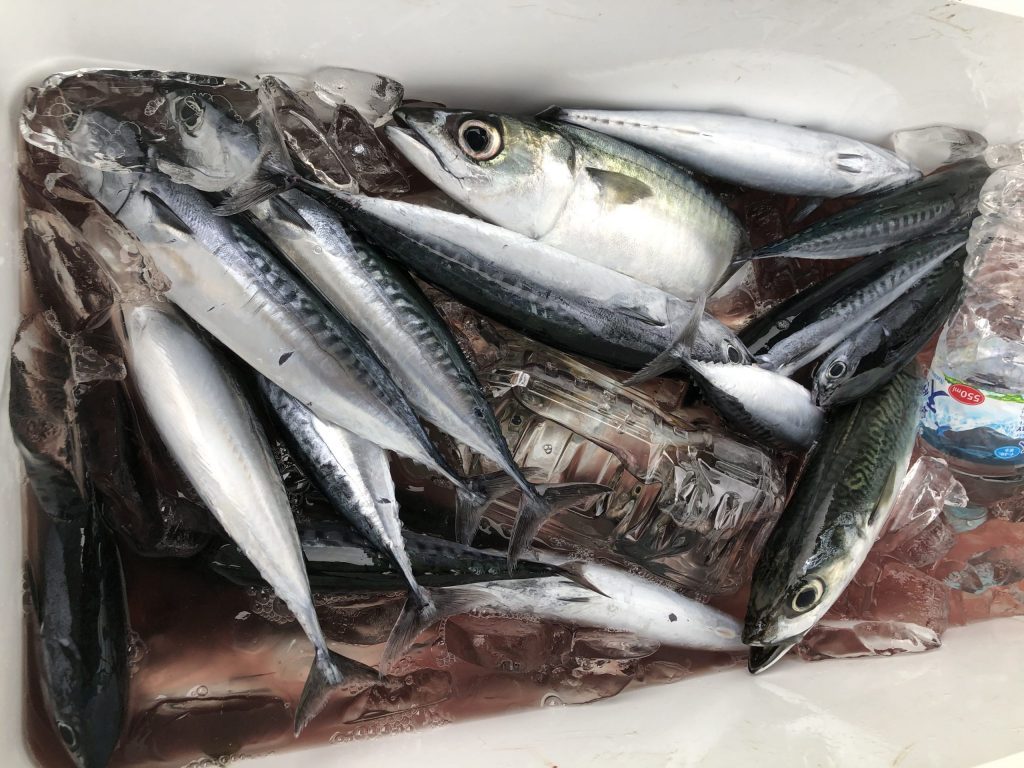 With tuna, there are several mackerel which are good to fry. 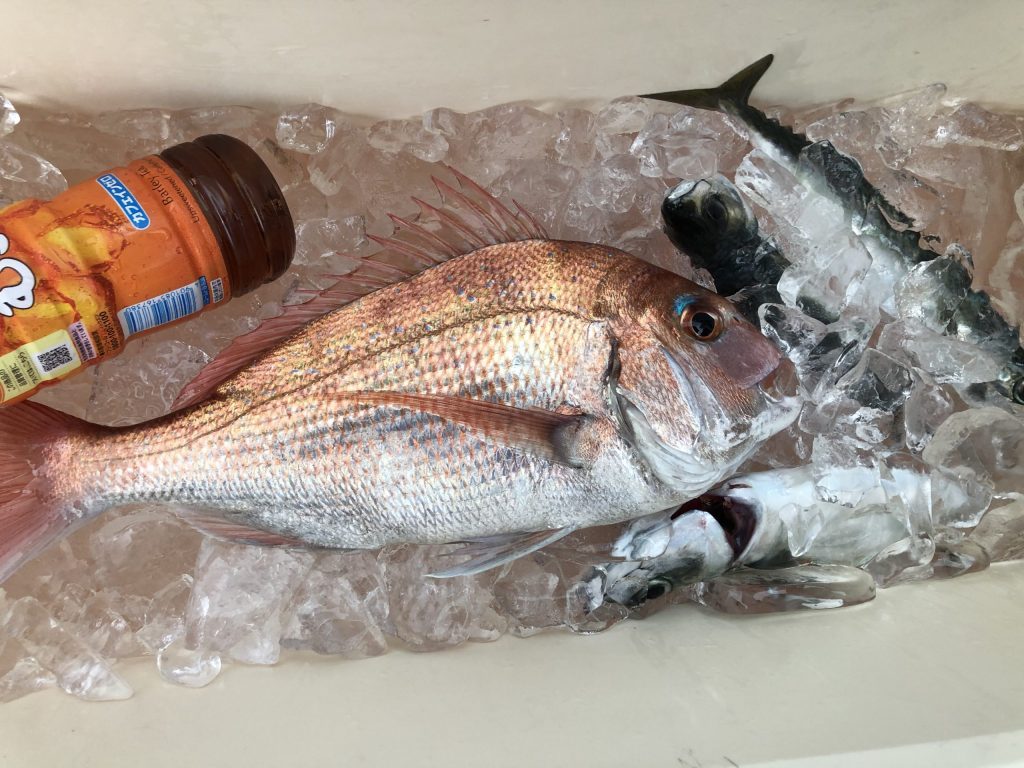 These are not from anglers who tried to get young tuna but tried Tai-jig. It is quite interesting to see that even Horse mackerel attacked Tai-jig which is the rig for Red Snapper.

Fishing style is called "Tai-jig" which is effective for Red Snappers and other kinds of snappers.

As well as lure fishing service, we also provide the service that carries anglers to offshore inlets for Smallscale Blackfish and Striped Beakfish.

This information is provided from Yoshino Marina Resort.