Here is a web editor from Susaki Tourism Fishing Center.

Greeting from Susaki, Kochi in Japan.

How have you been? I hope you all are enjoying fishing life.

This time, "again", some of you might feel this way, but about Tai jig fishing.

Since this method is promising for almost all the time.

So, many people rely on this method.

So, let's take a look at the result of Feburary 6th.

On Feburary 6th, there was raining in midnight, and morning was windy because of rainning.

However, according to the forecast, it is going to be calm towards noon.

At 80m-deep-area, we caught some lizard fish and Yellowback seabream.

Everyone except me caught Tilefish. Captain even caught 65cm(26in) Red Snapper  with a jig. 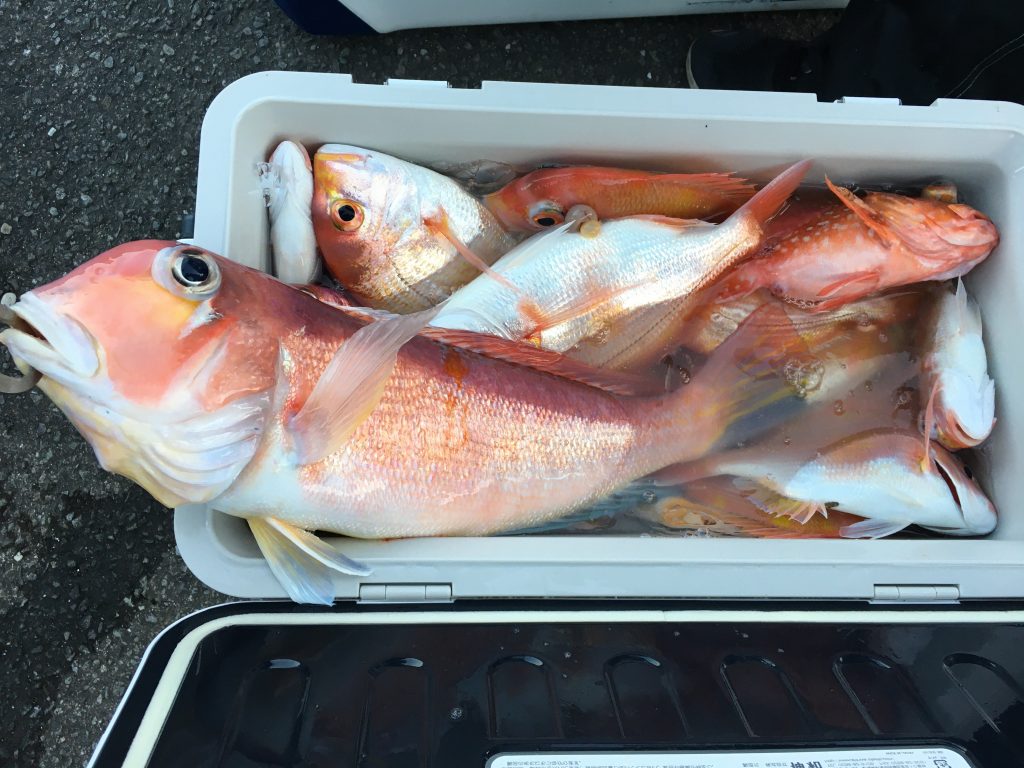 49cm(20in) Tilefish. 6 of us went fishing today and 5 of us caught tilefish. One of them even caught 4 tilefish. So, who is only one who couldn't catch tilefish? It's me...

What is inside in second cold box? 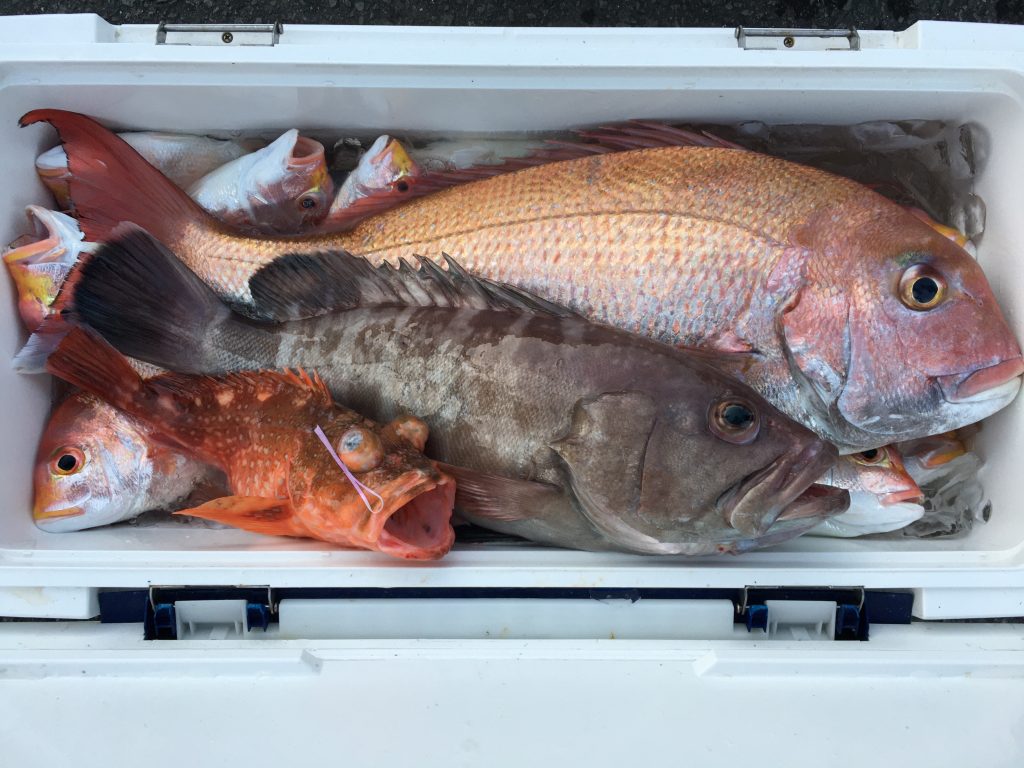 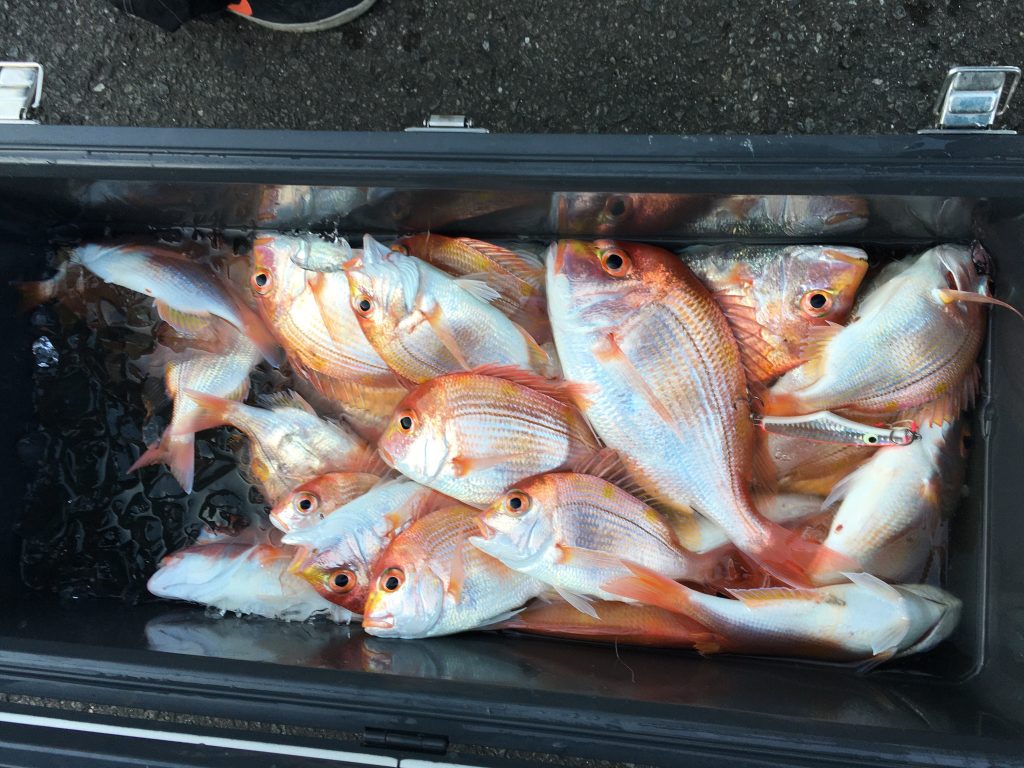 Third cold box...which is my cold box filled with Yellowback Seabream because everyone put them into my cold box though I didn't catch them this many.... 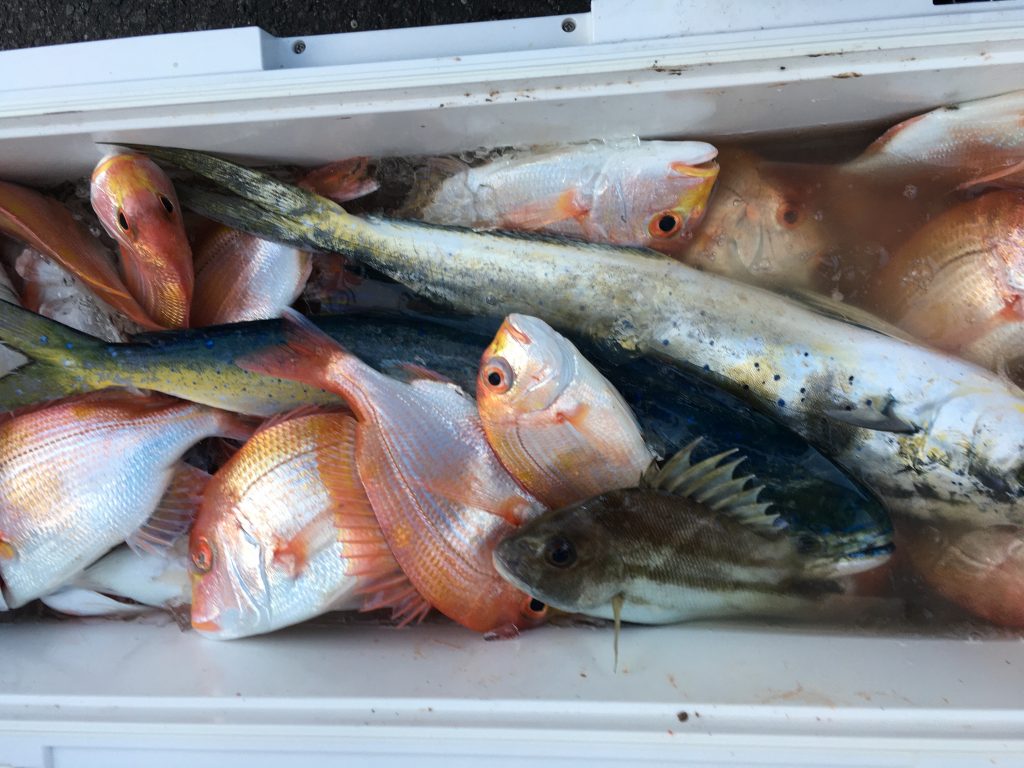 Short barbeled velvetchin! A rare species caught by an angler fished next to captain. Yep, this is not done by captain finally. However, 2 Dolphin fish were caught by the captain.

Dolphin fish appeared to the surface when they were chasing a mackerel I hooked.

As soon as captain saw a group of dolphin fish, he casted a lure and caught these two. I did it too but dolphin fish wasn't interested in lures anymore. So, I couldn't catch any.

In the sea of Susaki, there are various targets for both Lure fishing and Bait fishing.

Fishing style is called "Tairaba" which is effective for Red Snappers and other kinds of snappers. Here in Susaki, winter is the best season for big snappers. We highly recommend Tairaba style fishing service.

As well as lure fishing service, we also provide the service that carries anglers to offshore inlets for Smallscale Blackfish and Striped Beakfish. Both fishes become fatter and fatter in winter and more tastier.

It is highly recommend to aim those fishes in winter . Detail is here.

Thank you for reading all the way to the end.

In the editing website, there is a "Google Analytics" page. In the section, there is a tab "region".

And, I just found there are many people read this website.

Though I am updating this website only in English and Japanese, people who speak languages other than those two languages visited and read here.

I am so grateful for that and really appreciate all of you who visited here.

I hope you all visit Susaki after corona disaster ceased!